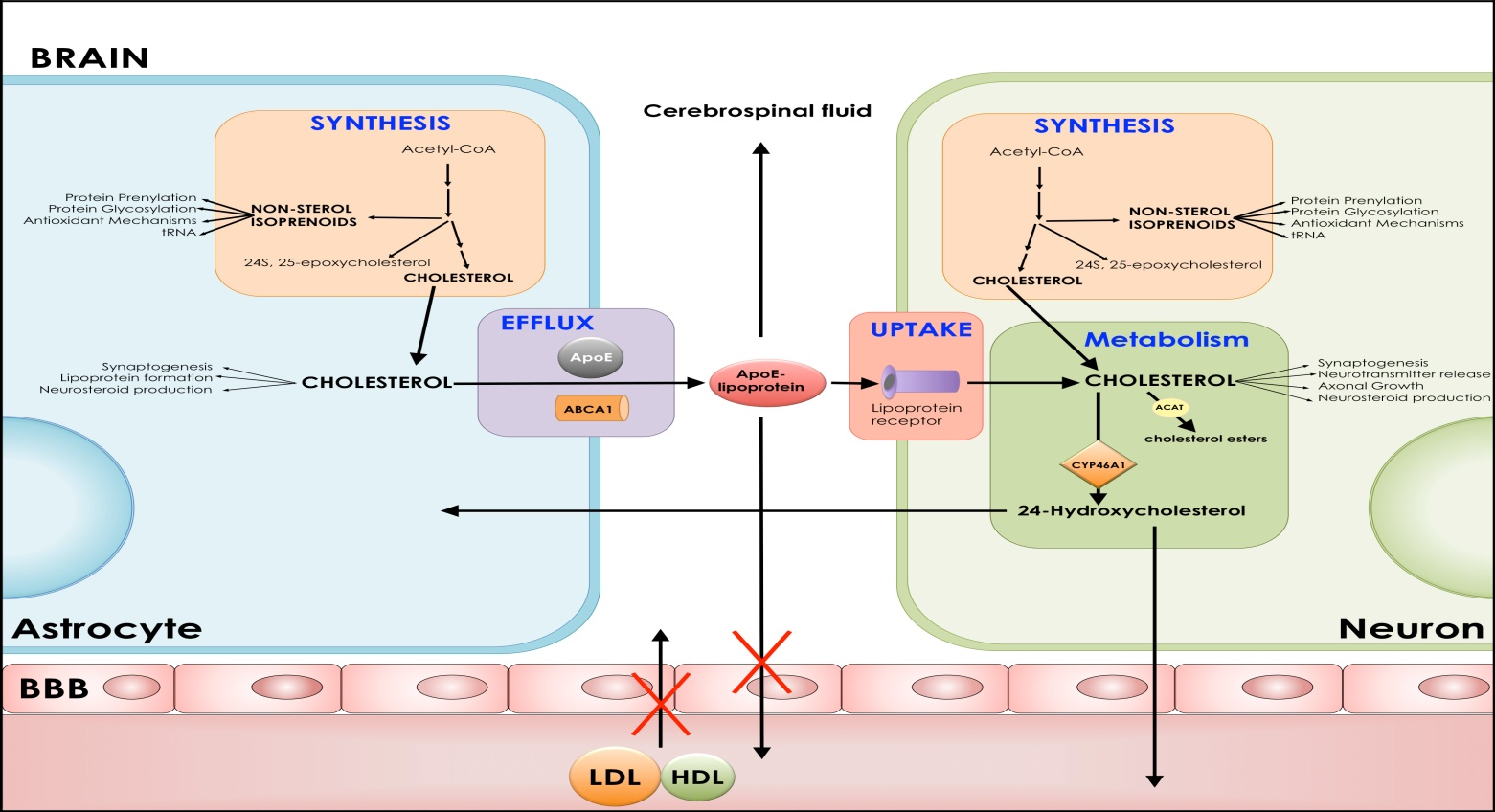 The mevalonate pathway starts with the two consecutive enzyme catalyzed steps conversion from three acetyl-CoAs into 3-hydroxy-3-methylglutaryl-CoA (HMG-CoA). The rate-limiting enzyme of the pathway, HMG-CoA reductase is then converts the HMG-CoA to mevalonate (MVA). 5-pyrophosphomevalonate (MVAPP) is generated after MVA is phosphorylated twice. The decarboxylation of MVAPP leads to the formation of IPP.

The mevalonate pathway plays a key role in cellular metabolism and is responsible for conversion of acetyl-CoA to isopentenyl 5-diphosphate, which is the precursor of various polyisoprenoid metabolites and natural products. These polyisoprenoid metabolites and natural products act a number of different functions. Besides generating various sterols for the synthesis of hormones, bile acids and oxysterols, the pathway also generates a wide range of non-sterol isoprenoids with various structures and functions, which are derived from isopentenyl pyrophosphate (IPP) and dimethylallyl pyrophosphate (DMAPP). Heme A acts in the mitochondrial respiratory chain, side chains of ubiquinone-10, isopentenyl-tRNA involved in protein translation, dolichol essential for protein glycosylation are examples of those non-sterol isoprenoids. These non-sterol isoprenoids are potential therapeutic targets for many diseases such as oncology, autoimmune disorders and Alzheimer disease.

With no use of radioactive or fluorescent compounds, here Creative Proteomics develops a sensitive high performance liquid chromatography-tandem mass spectrometry (HPLC-MS/MS) method for the direct detection and quantification of all intermediates in the mevalonate pathway.