Glycosylation mainly refers to the enzymatic process that attaches glycans to proteins, lipids, or other organic molecules. It is the most common protein post-translational modifications (PTM). Glycosylation analysis is challenging because of the complexity and the isobaric nature of attached glycans. With the increasing application of protein therapeutics, such as monoclonal antibodies, glycoproteins, hormones, cytokines and clotting factors in clinical practice, routinely monitoring the N-glycosylation of proteins gains popular. 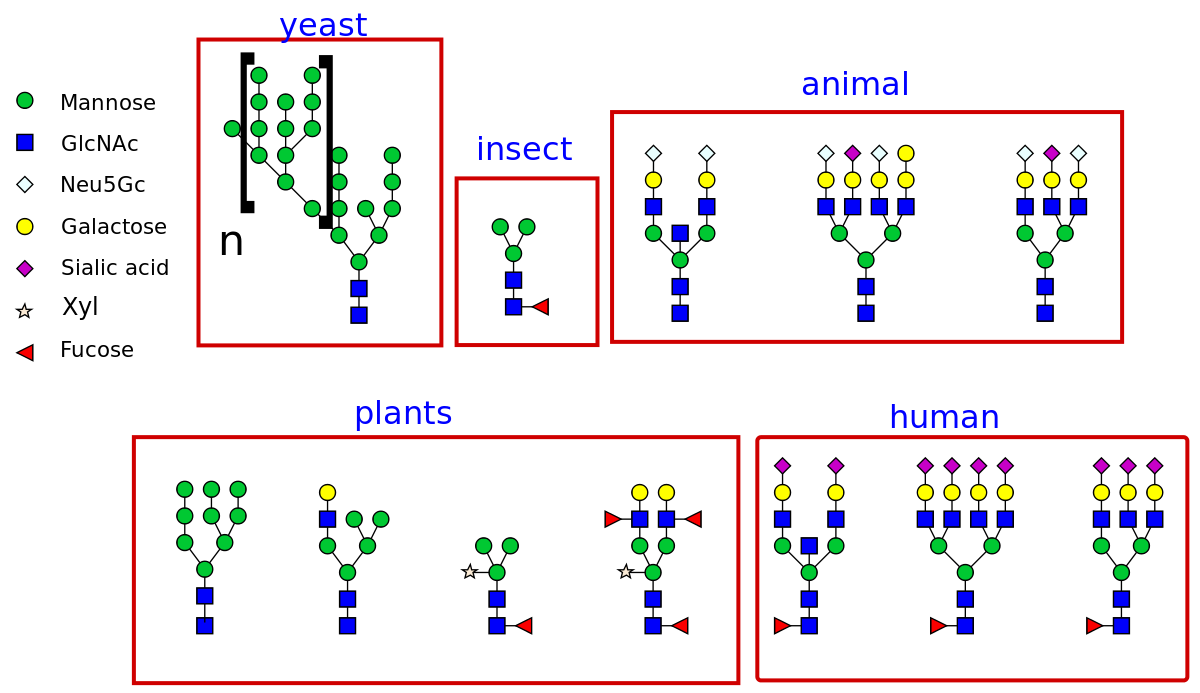 Figure 1. The different types of N-glycans produced in different organisms

N-glycans are heterogeneously antennated oligosaccharide structures with a Man3-GlcNAc2 core. They are linked to the polypeptide chain via a glycosidic bond between the terminal N-acetyl glucosamine (GlcNAc) and the NH2 group of Asparagine. The aim of this set of complementary analysis is to elucidate the global N-glycan profile of a molecule of interest (such as proteins or peptides). Most of N-glycan sample preparation consists of the general steps including digestion of the glycoprotein, de-glycosylation, purification, labelling/ derivatization and SPE. Additional steps and technical options could also be used depending on the nature of the samples. 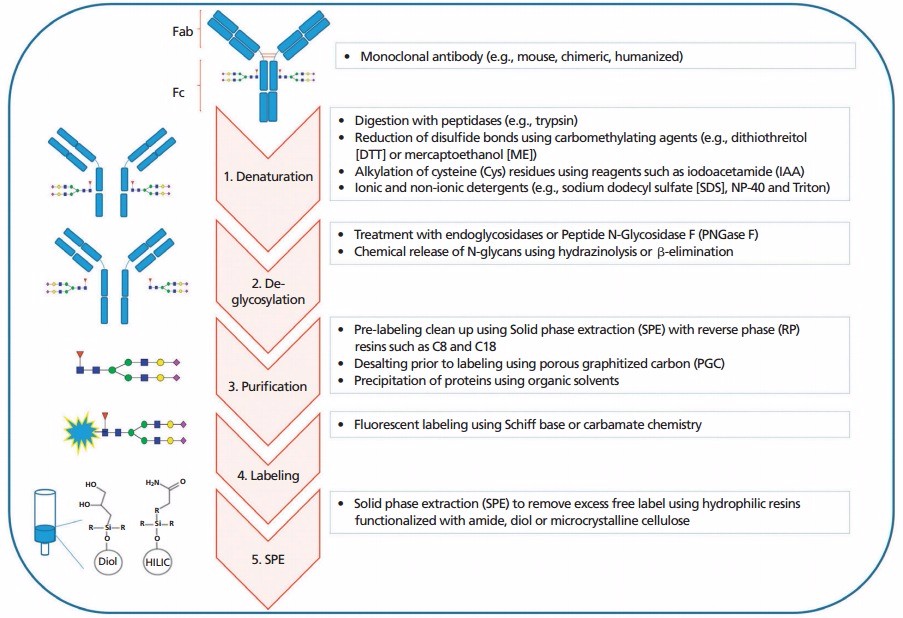 MALDI TOF MS and/or UHPLC based techniques determine the overall N-glycan population linked to a purified target molecule or a mixture of molecules. 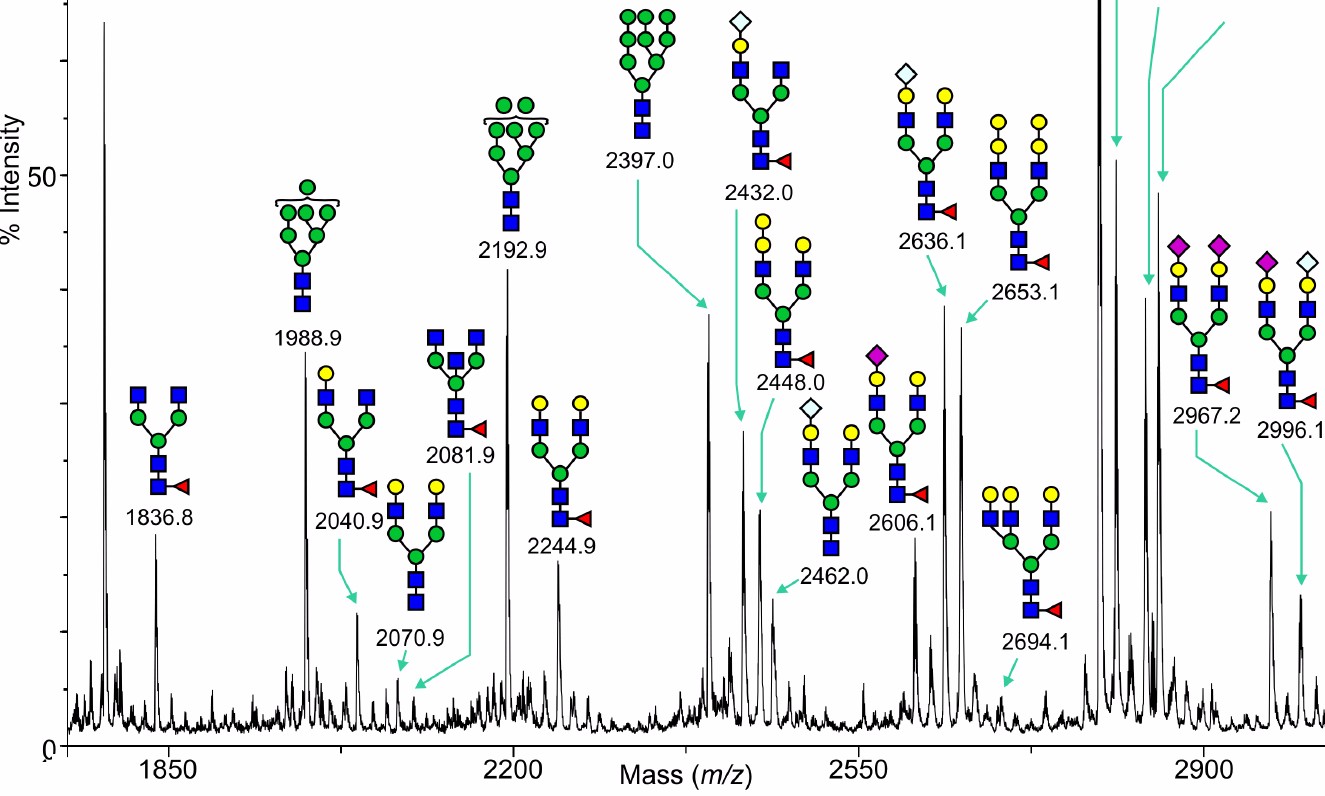 Hydrophilic interaction chromatography (HILIC) has been a powerful technology for N-glycan profiling. So due to its wide acceptance, glycoprofiling of Enzymatic glycan release with PNGase F followed by derivatization by 2-aminobenzamide (2-AB) by HILIC-UHPLC is a fast and robust technique to analyze larger numbers of samples with well-known N-glycan profiles. Before fluorescent labelling, the harvested N-glycans should be further purified on a TSK Amide-80 column when large quantities of detergents, nonvolatile salts or materials with free amino groups are present which could interfere with the derivatization reaction. The labelled N-Glycans are then analyzed via HILIC separations combined mass spectrometric detection. 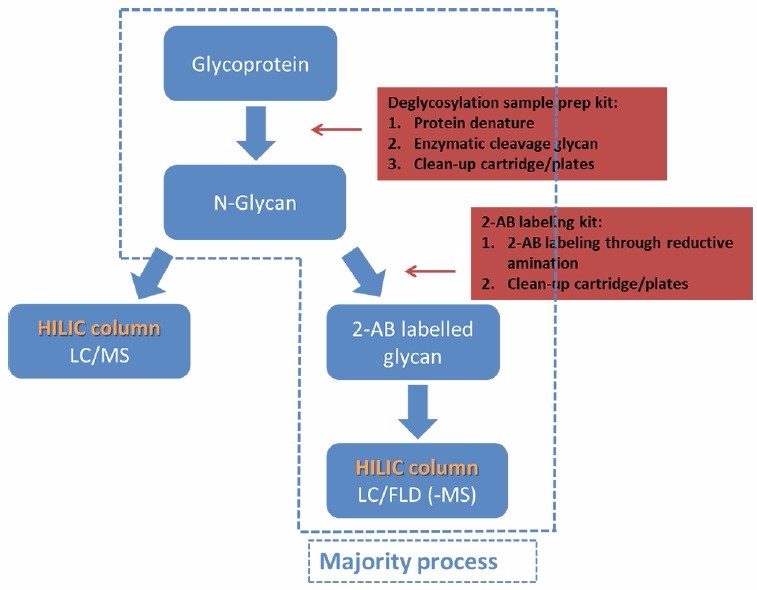 We can simultaneously identify glycosylation and other modifications that may coexist, and identify the interactions between different modifications.

As one of the leading companies in the omics field with over years of experience in omics study, Creative Proteomics provides glycomics analysis service customized to your needs. Contact us to discuss your project.