Proteins are vital macromolecules that facilitate diverse biological processes at both cellular and systemic levels. Enormous molecular processes are regulated via a large number of protein components organized by Protein-Protein Interactions (PPIs), which refer to intentional physical contacts established between two or more proteins and resulted in specific biochemical events. Such interactions undertake at the core of the entire interactomics system of the living cells, unsurprisingly, specific PPIs are identified with a correlation of multiple diseases. 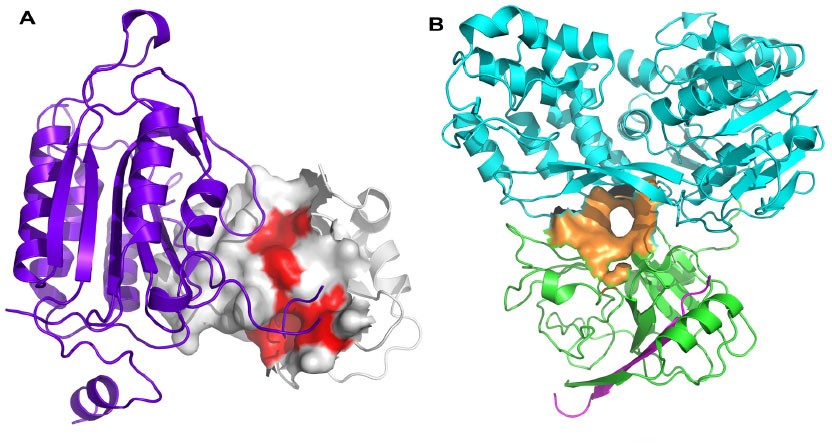 The discovery and verification of protein-protein interaction is the first step to understand where, how and under what conditions these proteins interact in vitro / in vivo and their functional implications underlying behind interactions. As shown in Table 1, Some popular methods in PPI studies listed below.

Table 1. The most popular methods in PPI studies

Various techniques have been applied in our group to study PPIs. Each method has its own advantages and limits. We instruct the best suitable method to our customers. Our services include but are not limited to:

Co-IP is a useful in vitro method to evaluate proteins that involved in the complex and whether it binds to each other tightly. PPIs indentification utilizes target protein-specific antibodies to capture proteins that are bound to the specific target protein. Co-IP enables to capture and purify not merely the primary target, but as well other macromolecules that are involved in the interactions. SILAC technology combined with Co-IP-MS technology can be used for high-throughput quantitative analysis of protein interactions networks in specific cases.

Crosslinking protein interaction analysis is suitable for transient or weak interaction, which can be performed in vivo or in vitro. In this method, analytical solution, like crosslinking reagents or crosslinkers, enable to arrest protein-protein complexes by covalently binding, correspondingly followed with consequent isolation and characterization.

Label transfer has been applied for detecting transient or weak PPIs that are difficult to capture using other in vitro detection strategies. A label transfer reagent will be performed to tag proteins that interact with a protein of interest. The development of new non-isotopic reagents and methods enhanced a simpler and more accessible label transfer analysis.

DARTS (Drug Affinity Responsive Target Stability) is a new technique developed based on the reduced sensitivity of target proteins to protease degradation caused by the binding of small molecule drugs to their target proteins. This technique can be used for drug screening and target identification without chemical modification of the compound, as well as not dependent on drug activity.

Far-western blot, based immunoblotting procedure, also detects PPIs in vitro and do not require to preserve the native state of target protein. In this method, a purified and labeled "bait" protein is used to probe the target "prey" protein on the membrane.

The result of two or more proteins that interact with a specific functional objective is available to be demonstrated in several different ways. The measurable effects of protein interactions have been outlined as follows:

Our ordering procedure is as follows. If you have any questions or specific requirements, please feel free to contact us.