In protein N-terminal sequence analysis, proteins are first modified with phenylisothiocyanate (PITC). Subsequently, the derivatized terminal amino acid is removed by acid cleavage in a form of phenylthiohydantoin (PTH) derivative and a new α-amino group on the next amino acid is now available for the next round of reaction with PITC. Protein sequence is therefore being analyzed in through a serious reaction of PITC addition, and cleavage of one PTH at each time for analysis. Suppose the reactions are fully efficient, this method can sequence the whole amino acid from the N-terminal end. Though less efficient as compared with mass spectrometer, N-terminal Edman sequencing still has advantages for protein analysis that cannot readily be obtained by other analysis methods. With current technology, it is fairly routine to obtain at least 20 to 25 residues of sequence from the N-terminus of the proteins and peptides. 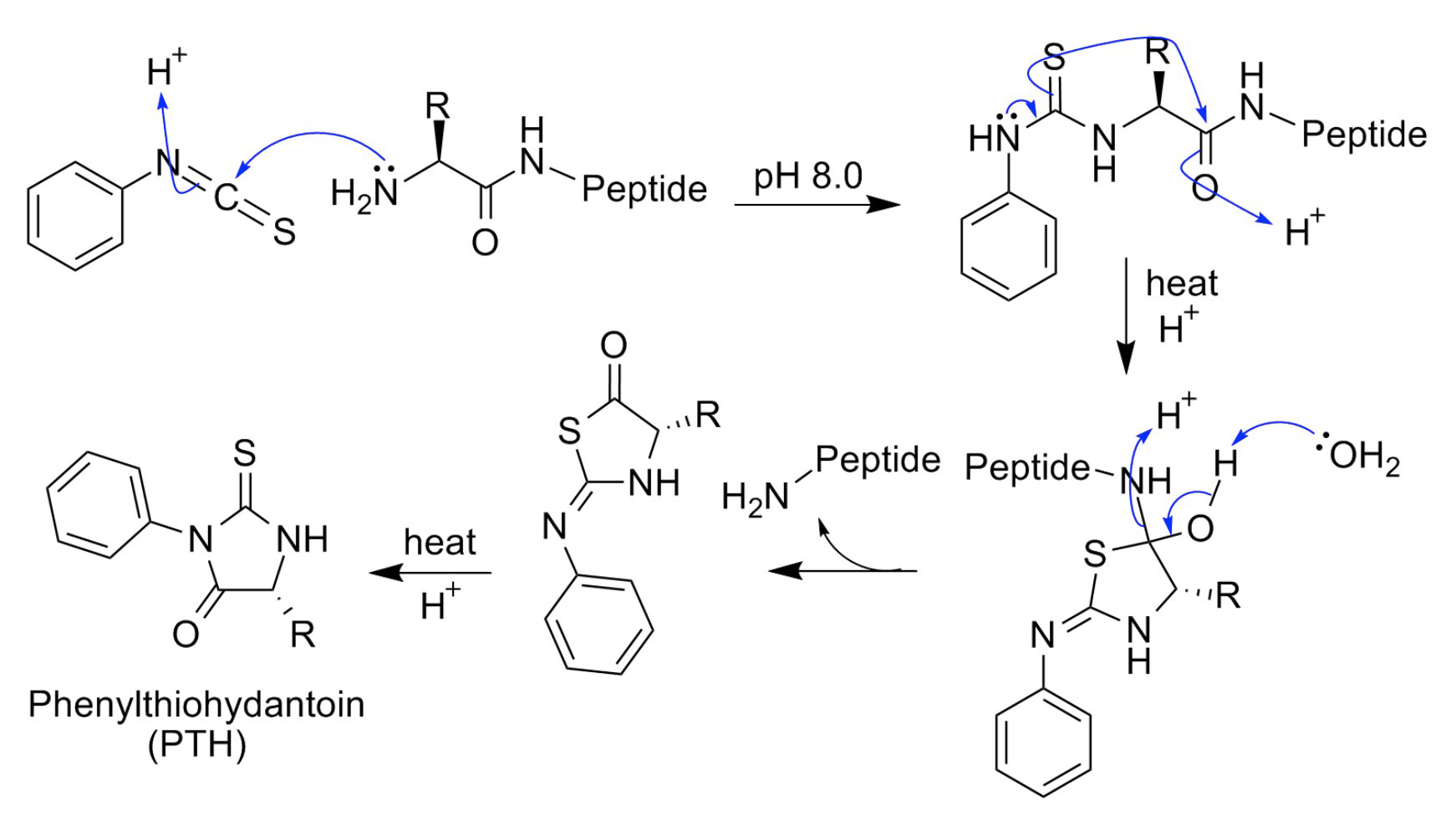 Currently, the most commonly used technique for protein sequence analysis is mass spectrometry. Mass spectrometry is a highly efficient method for the accurate mass determination and characterization of proteins. Two mainly used mass spectrometers are electrospray ionization (ESI) and matrix-assisted laser desorption/ionization (MALDI), respectively. Basically, proteins are pretreated with digestive enzymes to be digested into small fragments, which are analyzed by mass spectrometers. Depends on the projects need, MALDI and ESI are two used as ionization source for ionizing peptide fragments. Usually, MALDI is more frequently used when dealing with large amount of samples. Peptide sequences are then obtained by analyzing the mass spectrum of each of the fragments, which together consist of the full-length protein sequence.