Multivariate analysis (MVA) is founded on the statistical principle of multivariate statistics, which involves simultaneous observation and analysis of more than two statistical outcome variables at a time. Multivariate analysis can be complex by the desire to include physics-based analysis to measure the effect of variables for a hierarchical "system-of-systems". Studies aimed at multivariate analysis are often stalled by the dimensionality of the problem. These concerns are frequently eased by using surrogate models, highly accurate approximations of the physics-based code. Since surrogate models take the form of an equation, they can be estimated very quickly. This makes it possible for large-scale MVA: while a Monte Carlo simulation across the design space is very difficult with physics-based codes, it becomes worthless when evaluating surrogate models, which frequently take the form of response-surface equations. Multivariate statistics has been a useful tool for the analysis of metabolomic data. 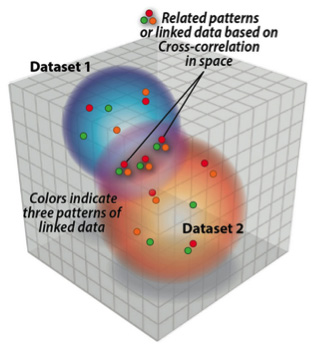