Partial least squares discriminant analysis (PLS-DA) is one of the most widely used classification techniques in chemo metrics. This approach has also been extensively used in “omics” related fields, such as metabolomics, proteomics, and genomics and in many other fields, which generates large amount of data such as spectroscopy, as described elsewhere. The increasing interest in PLS-DA method, especially in the field of metabolomics, is mainly due to its availability in most of the common statistical software packages. 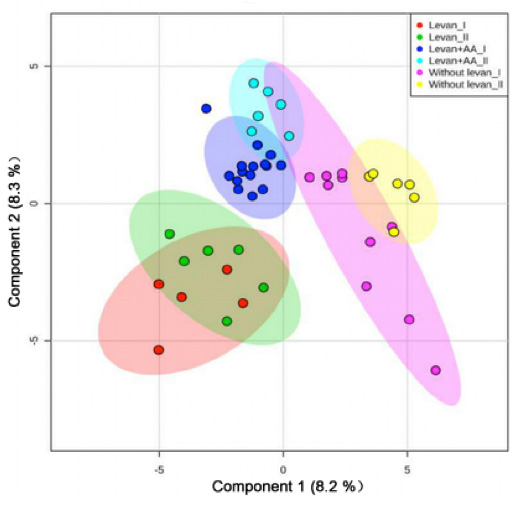 PLS-DA, a supervised clustering or classification method, is a chemometrics technique used to optimize separation between different groups of samples, which is completed by linking two data matrices X (i.e., raw data) and Y (i.e., groups, class membership etc.). This method is in fact an extension of PLS1 method which handles single dependent continues variable whereas PLS2 (called PLS-DA) can deal with multiple dependent categorical variables. This method aims to maximize the covariance between the independent variables X (sample readings, the metabolomics data) and the corresponding dependent variable Y (groups or classes) of highly multidimensional data by finding a linear subspace of the explanatory variables. The new subspace permits the prediction of the Y variable based on a reduced number of factors (PLS components, or what are known as potential variables). These factors that span the subspace onto which the independent variables X are projected describe the behavior of dependent variables Y.