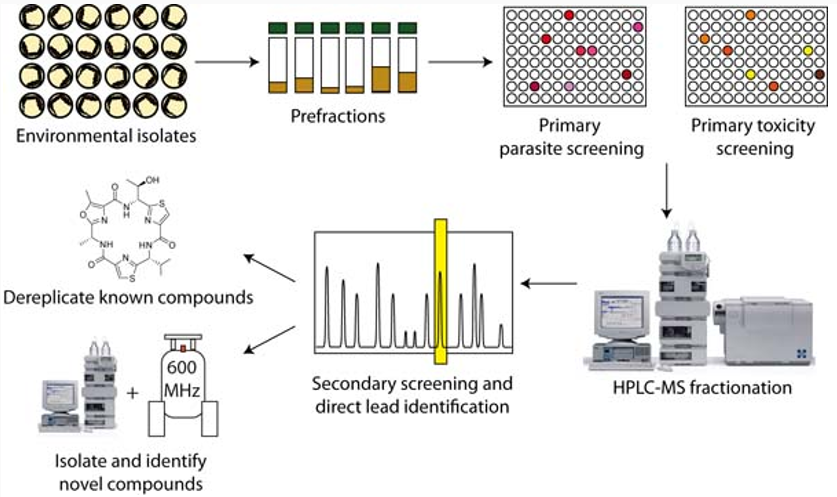 Defined by the Metabolomics Standards Initiative, there are four levels of metabolite  identification confidence: confidently identified compounds (level 1), putatively  annotated compounds (level 2), putatively annotated compound classes (level 3) and unknown  compounds (level 4). Definitive (level  1) identification requires comparing the two or more orthogonal properties such  as retention time, m/z, and fragmentation mass spectrum for the metabolite of  interest to the same properties of an authentic chemical standard observed  under identical analytical conditions. Putative (level 2 or 3) annotation basically  relies on only one or two properties and often based on comparison to data collected in different laboratories and acquired with different analytical  methods, rather than a direct comparison with an authentic chemical standard under the same analytical conditions.

An unknown metabolite is a small  molecule that can repeatedly be detected but whose chemical identity has not  been identified yet. Though unidentified and unclassified, these compounds can  still be differentiated and quantified in a metabolomics experiment based upon  spectral data. In LC-MS experiment, an unknown compound would be defined by a unique  retention time, one or multiple masses, or a specific fragmentation pattern of  the primary ions. In NMR experiment, an unknown compound would be defined by a pattern in  the chemical shifts. Unknowns may represent previously undocumented small  molecules, such as secondary products of metabolism or rare xenobiotics, or  they may constitute molecules from established pathways but could not be  assigned with current libraries of NMR reference spectra or MS fragmentation  patterns.

Identification of unknown compounds is labor consuming and cost-intensive,  often requiring preparative scale isolation for NMR studies or extensive  chemical synthesis enabling structural comparisons using MS/MS. Therefore, unsurprisingly,  most of reports focus on detection of metabolites with available authentic  commercial standards or at least existing in metabolite databases. Because of  the inherent instability of many metabolites and lack of demand, only a few  thousand commercially analytical standards are available. However, these  standards and the metabolites existed in databases accounts for only a portion  of endogenous metabolites. Therefore, effective methods for prioritizing,  studying, and ultimately identifying uncharacterized metabolites is of great  importance for metabolomics study. Successful identification of unknown metabolites  will exert a great impact on biomarker discovery and omics-research.

To identify the unknown compounds in metabolomic samples, different  groups of metabolites should be discriminated. Metabolites of different nominal  mass, metabolites with the same nominal mass but of different molecular formula  and monoisotopic mass and metabolites of the same nominal and monoisotopic  masses but with different chemical structures should be discriminated. For example,  leucine and isoleucine are isomers different structure, however with the identical  nominal and monoisotopic masses. What’s more, since single metabolites can be  detected in a mass spectrometer as various derived species, it is important to assign  the various derived species to parent metabolite correctly. For example, in  amino acid analysis, the reaction of chemical derivatization by  trimethylsilylation (TMS) and amino acids will result in generation of amino  acids containing 1, 2 or 3 TMS groups, which all should be belong to the same  parent amino acids.

By combining NMR, LC-MS/MS and rule- and algorithm-based methodologies, Creative Proteomics develops  a new strategy to identify unknown metabolites allowing for accurate  identification of metabolites in complex biological samples. Creative  Proteomics is still on its way to develop the tools and databases and provide  integration of these different tools and databases for true and complete  identification of all metabolites in an automated manner in the future. 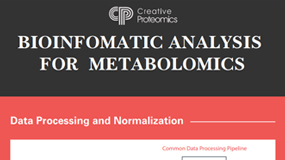