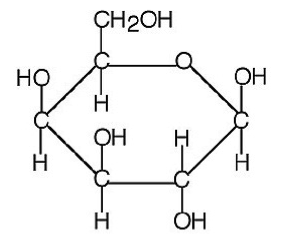 Galactose is abbreviated as Gal and the name galacto means milk, -ose represents sugar. Galactose is also a kind of monosaccharide sugar and tastes less sweet than glucose and fructose. The chemical molecular formula of Galactose is C6H12O6. Galactose is a C-4 epimer of glucose and exists in two forms, the one is open-chain and the other one is cyclic form. Galactose can be got by the hydrolysis of galactan, which is is a polymeric form of Galactose found in hemicellulose.