In recent year, it is of keen interest to investigate the relationship between the structure and function of microbial metabolic networks in systems biology. Central carbon metabolism plays an important role in metabolic network and is composed of the flow of carbon from nutrients into biomass. With the assistance of advanced analytical technologies and decades of painstaking efforts, the structures and functions of the pathways for the carbon flux has been significantly clarified. In the classic textbook, the central carbon metabolism is defined as composed of the glycolysis pathway, the citric acid cycle, the pentose phosphate pathway, six known carbon fixation pathways and some pathways of methane metabolism, though the definition of this metabolism is remains to be validated with experiments. 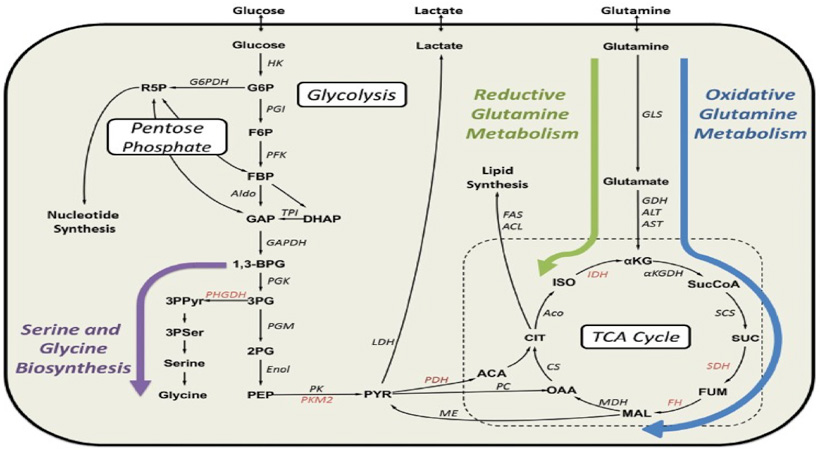 This definition comes into being because of the comprehensive investigations with carbohydrates and extensive experimental elucidation of the structure of the central carbon metabolism and the metabolic network. There are minor variations depending on the ecological niche the organism lives. In some species such as saccharolytic archaea, modified nonphosphorylated ED pathways is known to take the place of the conventional EMP pathway.

LC–MS/MS platform enable simultaneous relative and absolute quantification of multiple metabolites in a biological system. The results are widely used for biomarker discovery by investigating the relative changes in metabolite concentrations. The resulting data have been widely used to for biomarker discovery. By providing the exact molecular weights and retention time, LC–MS/MS techniques serves as a powerful analytical tool for identification and quantification of small molecules (metabolites). Creative Proteomics has established sensitive, reliable, and accurate HPLC-MS/MS method for quantification of metabolites in central carbon metabolism pathway.