Proteins control all biological systems in the cell. Although many proteins function independently, most proteins need to interact with other proteins to maintain complete biological activity. Therefore, in order to better understand the function and biological characteristics of intracellular proteins, researchers often need to identify and analyze protein-protein interactions. Co-immunoprecipitation and pull-down are two of the most popular techniques for identifying protein-protein interactions because of their robust stability. 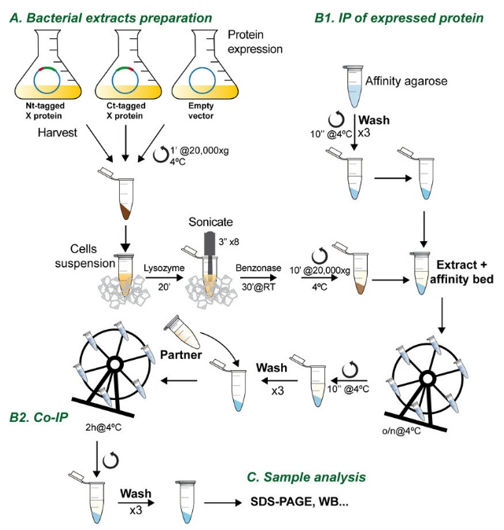 Pull-down assay is a form of affinity purification that are very similar to immunoprecipitation, except that bait proteins are used instead of antibodies. In a pull-down assay, a tagged bait protein is captured by a solid-phase affinity ligand that specifically binds to that tag. Commonly used tag proteins are GST-, His-, or Biotin-, producing a "secondary affinity support". Secondary affinity supports containing solid-phase decoy proteins can be incubated with various protein samples containing putative prey proteins. If the buffer and sample conditions are compatible with the target binding interaction and the bait protein can still function when tagged and immobilized, then the prey protein present in the sample will bind to the affinity support. If the affinity of the specific binding interaction is sufficiently strong, unbound sample components can be washed away, and the prey or bait-prey complex in purified form can be eluted from the support.

The pull-down technology can determine the interaction between known proteins and fished proteins or purified related proteins, and can detect protein interactions from in vitro transcription or translation systems, such as the detection of proteins between yeast two-hybrid systems. It does not truly reflect the interaction between proteins, because they do not necessarily meet in space in the body. So it does not mean that they must be bound under physiological conditions.

In order to use the pull-down technology more effectively, the protein to be purified can be expressed as a fusion protein, that is, a "bait" protein is fused with an easily purified ligand protein. According to different types of fusion proteins (common fusion tags), there are three types of pull-down methods: GST pull-down, polyhistidine pull-down, and biotin pull-down. 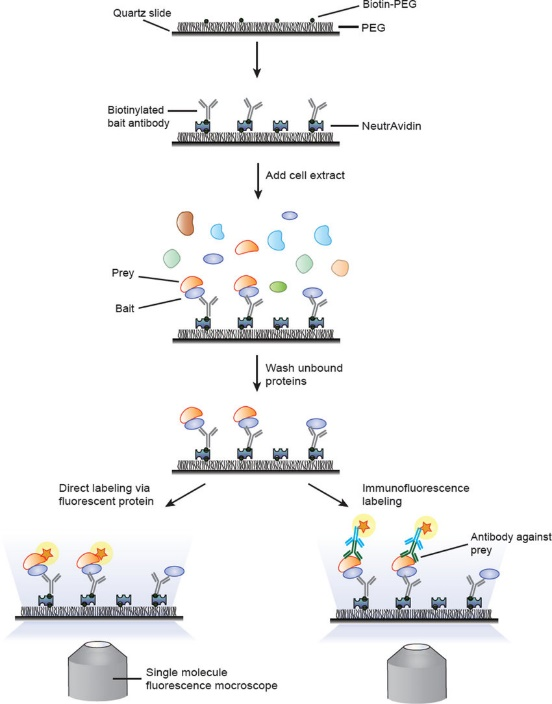 GST fusion protein can be adsorbed by the interaction of GST and GSH when passing through a glutathione (GSH) -immobilized column. When a cell extract is passed through the column, a protein of interest can be obtained to interact with the "bait" protein. The GST fusion protein pull-down method is used in two ways. One is to identify unknown proteins that can interact with known fusion proteins; the other is to identify whether there is an interaction between two known proteins. This method is relatively simple, avoids the use of isotopes and other dangerous substances, and has a wide range of applications in protein interaction studies.

The basic technical principle of polyhistidine pull-down technology is the same as that of GST pull-down assay, except that the bait protein in this method is multihistamine acid.