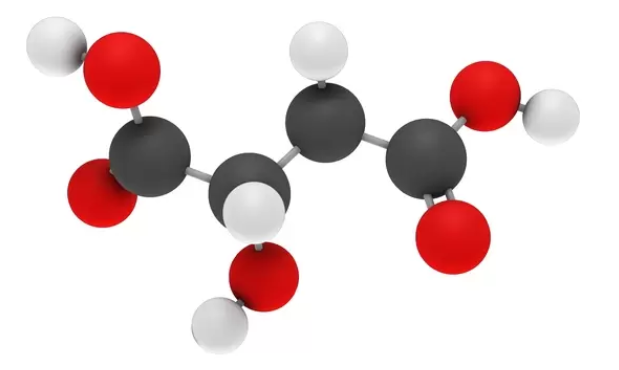 Malic acid is an  organic compound and the chemical molecular formulation is C4H6O5. Malic acid is a dicarboxylic acid,  which is an organic compound containing two carboxyl functional groups (-COOH). Malic acid can be made by all living  organisms and is found in many fruits, for example, apples, tartaric acid occurs in grapes and other citrus fruits. Malic acid was first isolated from  apple juice by Carl Wilhelm Scheele, who is a Swedish Pomeranian and pharmaceutical  chemist in 1785. Malic acid has two  stereoisomeric forms, just as the L- and D-enantiomers and L-Malic acid is the naturally occurring  form, whereas a mixture of L- and D-Malic  acid is produced synthetically.