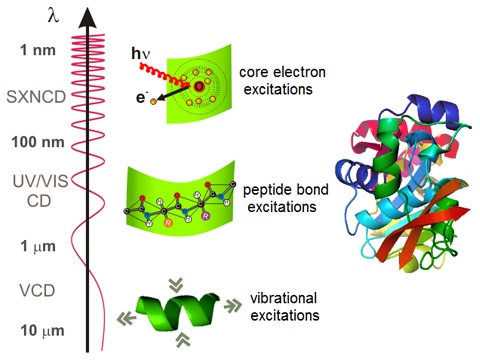 Circular Dichroism Spectroscopy is a spectroscopic technique by which the CD generated by specific molecules would be measured over a range of wavelengths. CD spectroscopy is used extensively to study chiral molecules of various types and sizes, especially biological macromolecules where it finds its most important applications.

This phenomenon was discovered by Jean-Baptiste Biot, Augustin Fresnel, and Aimé Cotton in the first half of the 19th century. It is exhibited in the absorption bands of optically active chiral molecules. CD spectroscopy has a wide range of applications in many different fields.