Polyamines are ubiquitous polycationic compounds associated with a variety of biological processes. These active biogenic amines contribute to basic cellular functions, including cell growth, proliferation and differentiation, as well as regulating cellular stress-response and survival mechanisms. Spermidine and spermine are two polyamines reported to have anti-inflammatory as well as anti-oxidant activities, and have thus been implicated in cellular and organismal stress defense during aging and disease. For instance, spermine was shown to provide protection from lethal sepsis in mice when applied intraperitoneally, and from paraquat-induced death in the fruit fly Drosophila melanogaster when added to ordinary food. Indeed, spermidine supplementation extends life span and reduces markers of cell stress in various model organisms, including yeast, flies, worms and human immune cells, while polyamine-enriched food has been shown to reduce mortality and prolong the health span of aging mice. The longevity-promoting effect of spermidine in lower model organisms requires the induction of autophagy, a degradation pathway that contributes to cellular self-renewal and cell protection. It was revealed that spermidine is a novel, conserved, and potent inducer of autophagy in model organisms, in human cell cultures, and in vivo in various tissues of mice. On the other hand, polyamines can also be toxic to cells at high levels, and can facilitate cell death, mainly by oxidative mechanisms. In this regard, polyamines are important clinical biochemical markers for malignancy. This was first indicated in the urine of cancer patients, where polyamines were present at higher levels than in healthy humans.

Polyamines are synthesized from the amino acids arginine, ornithine and methionine. The first step in the pathway is the production of ornithine from arginine by the mitochondrial enzyme arginase. Ornithine is then decarboxylated by ornithine decarboxylase (ODC) to produce putrescine. ODC expression is tightly regulated from transcription to post-translational modifications. ODC antizyme directly inhibits ODC activity and is also responsible for facilitating ODC degradation by targeting it to the 26S proteasome. In parallel to putrescine production, L-methionine is converted into S-adenosyl-L-methionine (AdoMet), which is then decarboxylated by AdoMet decarboxylase (AdoMetDC) to produce decarboxylated AdoMet (DcAdoMet). DcAdoMet is then used as an aminopropyl group donor either to putrescine by spermidine synthase to produce spermidine, or to spermidine to produce spermine by spermine synthase.

The higher polyamines spermidine and spermine can be converted back to putrescine. The rate-limiting enzyme of polyamine catabolism is the cytosolic spermidine/spermine N1-acetyltransferase (SSAT). SSAT acetylates both spermine and spermidine. Acetylated spermine and spermidine then move into the peroxisome where they are oxidized by polyamine oxidase (PAO). By-products of this oxidation include hydrogen peroxide (H2O2) and acetaminopropanal. SSAT is absolutely necessary for the formation of putrescine from spermidine. Spermine can also be back-converted into spermidine by spermine oxidase (SMO) in the cytoplasm. In contrast with PAO, the preferred substrate of SMO is spermine itself and not its acetylated derivative, acetylspermine. 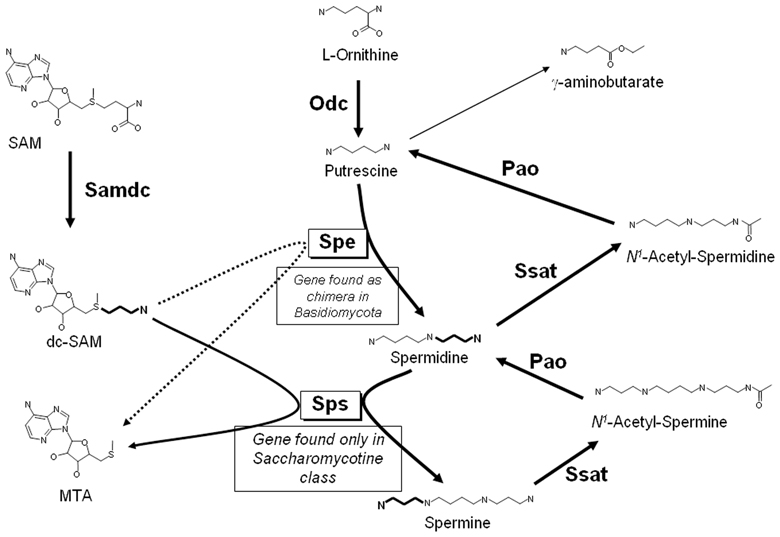 Figure 1. General pathway for the biosynthesis and catabolism of polyamines

To understand the relevance of changes in polyamine profiles detected in a given tissue, cell population or organism (obtained from, for instance, patient samples or basic research models), the biosynthetic activities of the polyamines, as well as their catabolic pathways, need to be determined. Hence, metabolic profiling of polyamines and their close derivatives is prerequisite for understanding the potentially complex changes in polyamine content that can be induced by disease-relevant conditions. For such metabolic profiling, Creative Proteomics provides a fast and effective analytical method to accurately identify and quantify a broader group of polyamines and their derivatives in a single analysis. Such an advance would also be significant for the potential clinical use of polyamines as biomarkers or pharmacological interventions.