Nucleotide sugars are the activated forms of monosaccharides. Nucleotide sugars act as glycosyl donors in glycosylation reactions. Those reactions are catalyzed by a group of enzymes called glycosyltransferases. To act as glycosyl donors, those monosaccharides should exist in a highly energetic form. This occurs as a result of a reaction between nucleoside triphosphate (NTP) and glycosyl monophosphate (phosphate at anomeric carbon). The recent discovery of the reversibility of many glycosyltransferase-catalyzed reactions calls into question the designation of sugar nucleotides as 'activated' donors. 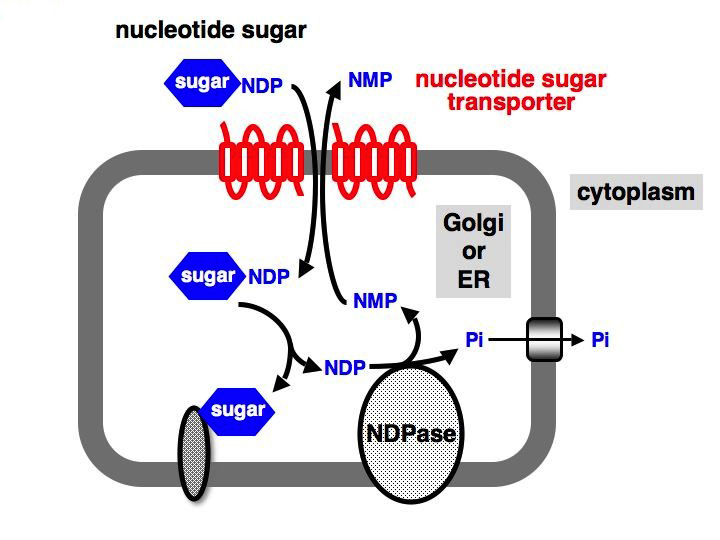 There are nine sugar nucleotides in humans that act as glycosyl donors and they can be classified depending on the type of the nucleoside forming them:

Nucleotide sugar metabolism is particularly well studied in yeast, fungal pathogens, and bacterial pathogens, such as E. coli and Mycobacterium tuberculosis, for the reason that these molecules are necessary for the synthesis of glycoconjugates on the surfaces of these organisms. These glycoconjugates are virulence and components of the fungal and bacterial cell wall. These pathways are also studied in plants, but here the enzymes involved are less well understood.

Nucleotide sugars are important in determining cell surface glycoprotein glycosylation, which can modulate cellular properties such as growth and arrest. We Creative Proteomics have developed a conventional HPLC method for simultaneous determination of nucleotide sugars.