Post-translational modification (PTM) plays an important role in the process of protein processing and maturation. It can change the physical and chemical properties of proteins, and affect the spatial conformation, steric hindrance and stability of proteins. In turn, it has an effect on the biological activity of the protein, causing a change in the function of the protein. Post-translational modified proteomics helps to reveal the molecular regulation mechanism of life activities, biomarker screening and drug target identification.

Post-translational modification of core histones is currently the most studied direction in drug research and development. Histone modification mainly includes acetylation, methylation, phosphorylation, ubiquitination, etc. These modifications can recruit recognition proteins that recognize the modification site, and then recruit other transcription factors or can form complexes with many physiological functions, and then carry out transcriptional regulation. Therefore, according to the mechanism of action of different regulatory factors, the researchers defined their image as "Writer", "Eraser", and "Reader". Write factors add modified enzymes to DNA or proteins. These modifications include methylation, acetylation, glycosylation, ubiquitination, phosphorylation, and oxidation (for proteins). The erasing factor is to remove the acetyl group on the histone lysine residue to change the charge and make the chromatin structure compact, inhibiting the transcriptional expression of the gene. Recognition factors can recognize these modified proteins. When these modifications are recognized by the recognition factors, they can recruit other transcription factors or proteins to jointly regulate physiological functions in the body. 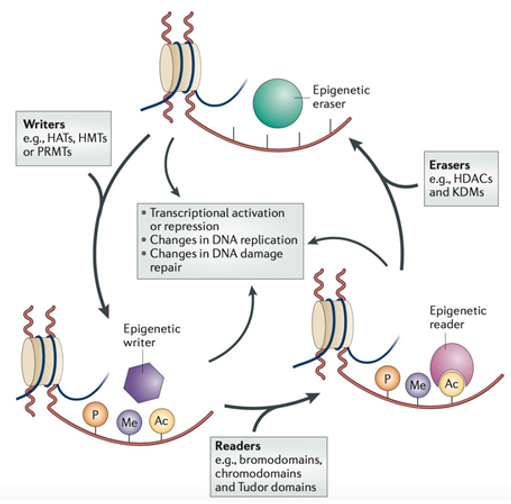 Mass spectrometry is an important method for identifying PTMs of proteins. Its principle is to use the mass shift of modified proteins to identify PTM sites. Biopharmaceutical products may contain a variety of variants or derivatives derived from functional PTMs or modifications, such as glycosylated variants (mAb) or ADCs. Therefore, we need a suitable technique for characterizing and quantifying substances with the above-mentioned complexity. Liquid chromatography-mass spectrometry (LC-MS) is a mature biopharmaceutical characterization technique because it can directly perform qualitative and quantitative determination at the molecular level. The application of this technology in other fields is also becoming more and more extensive, including macromolecular drug metabolism and pharmacokinetics (DMPK) research, process development, production, quality control, post-market supervision, and therapeutic drug monitoring. 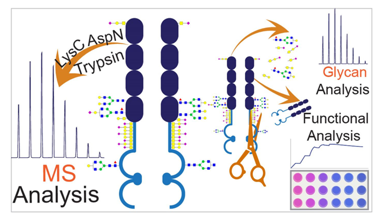