Protein evolution is the process of change in the protein sequence composition of cellular molecules across generations. The field of protein evolution uses principles of evolutionary biology and population genetics to explain patterns in these changes. Major topics in protein evolution concern the rates and impacts of amino acid changes, neutral evolution vs. natural selection, evolution of development, and ways that evolutionary forces influence proteomic and phenotypic changes. Construction of phylogenetic trees using three-dimensional structures was first applied for a variety of protein families by Johnson and coworkers and later by others. Sequence-based method to construct the phylogenetic tree of proteins is a good way to study protein evolution. Now, bioinformaticians at Creative Proteomics are proud to tell you we are open to help you with Sequence-based Evolution Analysis of Proteins Service! 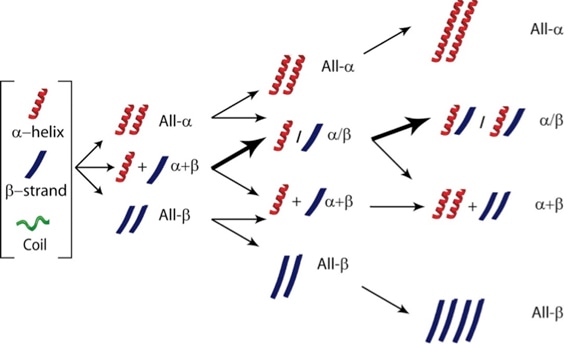 Depending on the relative importance assigned to the multiple forces of evolution, three perspectives provide evolutionary explanations for protein evolution.

As one of the leading omics industry company in the world! Creative Proteomics now is opening to provide sequence-based protein evolution analysis service for our customers. With over 8 years experience in the field of bioinformatics, we are willing to provide our customer the most outstanding service! Contact us for all the detailed information!