As important actors within living cells, proteins serve variety of functions such as catalysis, transport, structural building material and many others. While the human gene set was estimated at, about 25,000 genes, the human proteome size is estimated to be far larger and estimated at over 1 million proteins. Apart from alternative splicing of mRNA as a source of protein diversity, PTMs of proteins further modulate and extend the range of potential protein functions by covalently attaching small chemical groups to selected amino acid residues. More than 400 different types of PTMs have been identified that have variety of effects on cellular functionalities, such as protein stability, metabolism and signal transduction. These modifications include phosphorylation, glycosylation, methylation, acetylation, amidation and many other types. Now, bioinformaticians at Creative Proteomics are glad to tell you we are open to help you with Post-translational Modification Prediction Service!

The following are the common types of Post-translational Modifications: 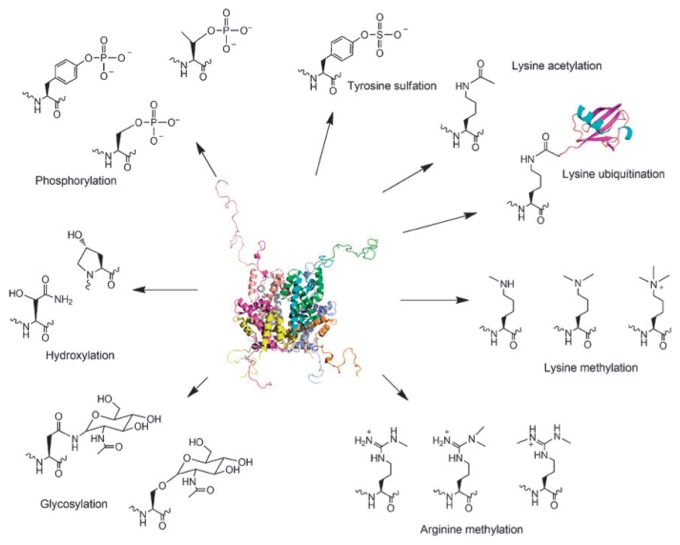 As one of the leading omics industry company in the world! Creative Proteomics now is opening to provide post-translational modification prediction service for our customers. With over 8 years experience in the field of bioinformatics, we are willing to provide our customer first class service! Contact us for all the detailed information!