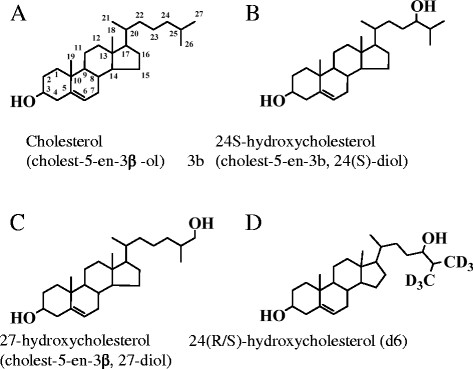 Hydroxycholesterols Quantified in This Service