In the field of mathematics and computer science, a directed acyclic graph (DAG) is a finite directed graph with no directed cycles. In another word, it is composed of finitely a lot of nodes and edges, with each edge directed from one node to another, such that it is impossible to start at a given node v and follow a consistently-directed sequence of edges that finally loops back to node v again. Similarly, a DAG is a directed graph that has a topological ordering, a series of the nodes such that each edge is directed from earlier to later in the sequence. DAGs are a very important class of graphs, being part graph, part tree, and having a variety of applications, such as those relevant precedence among "events". Many problems in graphs become simpler using DAGs, such as game evaluation, expression tree evaluation, and path analysis.

GO is generally organized as a tree-like hierarchy of functional terms, in which each term can have children that are more-specific classes of the parent class. As a matter of fact, the GO hierarchy is a DAG rather than a tree, as a GO term can have several parents. Indeed, because GO covers three domains of biology knowledge and relationships are defined only within each kind of knowledge, GO is in fact three non-overlapping DAGs determined by their namespaces: biological process, molecular function and cellular component.

The DAGs provided by Creative Proteomics consists of the following sections: 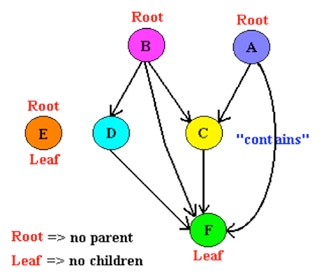 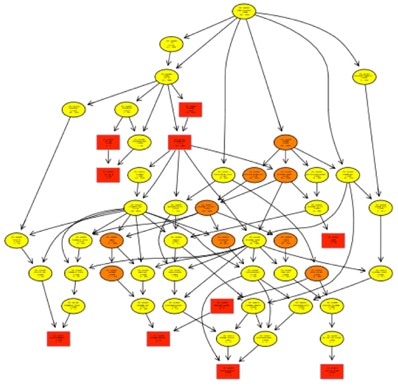 As one of the leading omics industry company in the world! Creative Proteomics now is opening to provide DAG analysis service for our customers. With over 8 years experience in the field of bioinformatics, we are willing to provide our customers the most outstanding GO DAG service! Contact us for all the detailed information!