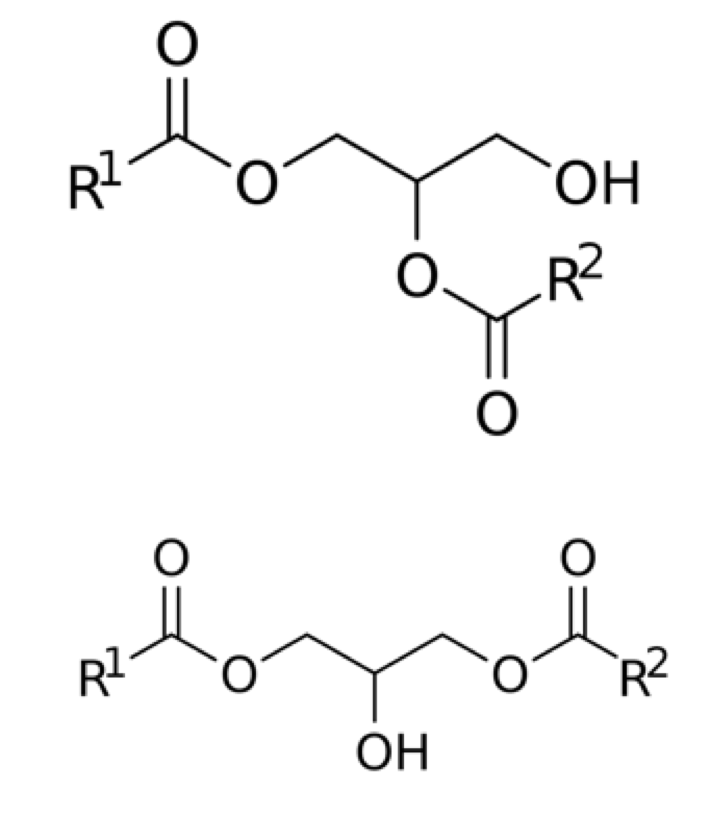 DAG has been demonstrated to be a second messenger that activates numerous signaling cascades for a long time. Importantly, the stereocheminal nature of DAG isomers determines the various roles they play in metabolic pathways. Diacylglycerol kinases (DGKs) plays an important role in a variety of cellular signaling events. It can phosphorylate DAG, and terminate diacylglycerol signaling to ensure a constant and controlled availability of DAG. One of the target of DAG is protein kinase C. It has been shown that DAG increases the activity of protein kinase C and protein kinase C further activates downstream targets through serine and threonine phosphorylation. In addition, DAG has been shown to be very important in cellular membrane regulation. DAG induces membrane fusion though different ways, predominately through partial dehydration of the bilayer surface and increase in lipid monolayer curvature.

DAG has been indicated in several biological processes. Intracellular ectopic accumulation of DAG is positively correlates with disturbed insulin signaling. Moreover, through several transgenic obese animal studies, insulin resistance is found to be associate with increase of hepatic and muscle DAG levels. DAG has also been shown to be involved in cancer, nervous system signaling and immune system regulation. Because of the diversity roles of DAGs, there is reason to be excited about the future progress in the field.

LC–MS platform enables detection of multiple DAGs in the DAG family. The results are widely used for investigating the relative changes in DAG concentrations, mechanistic studies and biomarker discovery. Creative Proteomics has established sensitive, reliable, and accurate LC–MS method for studying DAGs in a variety of samples.

Feature and Advantage of Diacylglycerol Service

Metabolites Quantified in This Service