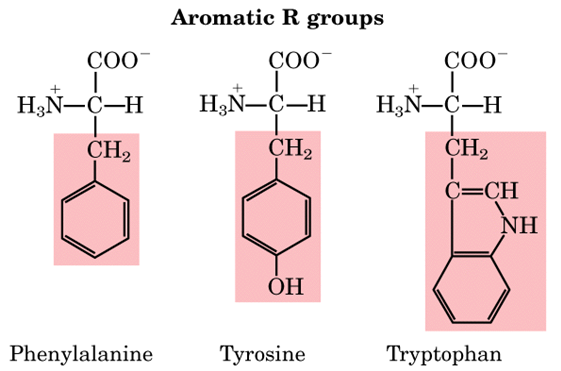 In animals and humans, aromatic amino acids serve as precursors for the synthesis of many biologically/neurologically active compounds that are essential for maintaining normal biological functions. Tyrosine is the initial precursor for the biosynthesis of dopa, dopamine, octopamine, norepinephrine and epinephrine, etc., that are fundamental by functioning as neurotransmitters or hormones for animals and humans. In addition, tyrosine is the precursor for melanin synthesis in most organisms including humans and animals, and is particularly important in insects for protection. Tryptophan is the initial precursor for the biosynthesis of tryptamine, serotonin, auxin, kynurenines, and melatonin. Kynurenic acid, a kynurenine, produced along the tryptophan-kynurenine pathway, is an antagonist at excitatory amino acid receptors and plays a role in protecting neurons from overstimulation by excitatory neurotransmitters. Many enzymes involved in aromatic amino acids metabolism have been drug targets for diseases including neurodegenerative diseases, schizophrenia, and cancers.

In plants, these AAAs also serve as precursors of a wide variety of plant natural products that play crucial roles in plant growth, development, reproduction, defense, and environmental responses. Trp is a precursor of alkaloids, phytoalexins, and indole glucosinolates as well as the plant hormone auxin, whereas Tyr is a precursor of isoquinoline alkaloids, pigment betalains, and quinones (tocochromanols and plastoquinone). Phe is a common precursor of numerous phenolic compounds, which include flavonoids, condensed tannins, lignans, lignin, and phenylpropanoid/benzenoid volatiles. Of the three AAAs, the highest carbon flux is often directed to Phe, as Phe-derived compounds can constitute up to 30% of organic matter in some plant species. All three AAAs are produced from the final product of the shikimate pathway, chorismate, which is also a precursor for vitamins K1 and B9 and the plant defense hormone salicylic acid. The AAA pathways consist of the shikimate pathway and individual postchorismate pathways leading to Trp, Phe, and Tyr. These pathways are found in bacteria, fungi, plants, and some protists but are absent in animals. Therefore, AAAs and some of their derivatives (vitamins) are essential nutrients in the human diet.

Since aromatic amino acids are essential in many ways, they become important target in many areas of ongoing research. A rapid method for the quantitative determination of tyrosine (Tyr), phenylalanine (Phe) and Tyrosine (Tyr) is developed using the HPLC platform in Creative Proteomics. We are willing to provide highly sensitive and reliable HPLC method for the quantification of AAAs.