Analysis of variance (ANOVA) is a collection of statistical models widely used to analyze the variation of the individual value from the mean value of the group, Such as "variation" among and between groups, was developed by Ronald Fisher. In the ANOVA method, the observed variance in a particular variable is partitioned into components attributable to different sources of variation. In its simplest form, ANOVA method provides a statistical test of whether or not the mean value of several groups are equal, and generalizes the t-test to compare more than two groups. ANOVAs are greatly useful for comparing three or more groups (or variables) for statistical significance. It is conceptually similar to multiple two-sample t-tests, but is more conservative that results in less type I error, and is therefore suited to a wide range of practical problems. 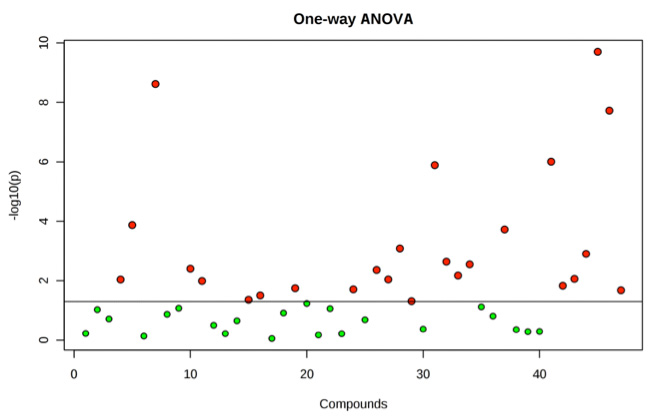 The followings are three classified models used in the analysis of variance: