The Method and Process of Polysaccharides Analysis 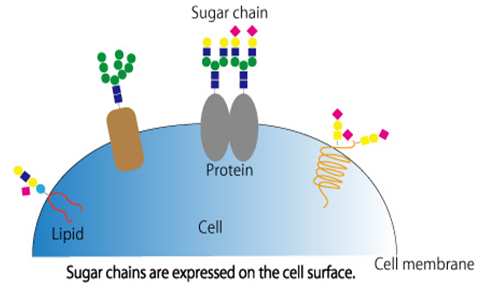 The Process of Polysaccharides Analysis

Polysaccharides are linked to the cell wall or interstitial substance by hydrogen or ionic bonds. Different extraction methods are usually used according to the existence of polysaccharides and different extraction sites. Hot water, acid, alkali, ethanol, etc. are often used as solvents, and crude extraction is assisted by microwave or ultrasound. The commonly used methods in recent years include supercritical fluid extraction technology and complex enzyme-assisted extraction technology. Using these methods, complex enzyme can specifically degrade the cell wall and the barrier for the dissolution of intracellular macromolecules in milder conditions to accelerate the release of polysaccharides. At the same time, the reaction can be controlled by changing the system conditions according to the characteristics of the enzyme.

Crude polysaccharide extracts usually contain impurities such as inorganic salts, lipids, proteins, and low-molecular non-polar substances. For low molecular weight impurities, dialysis can be used to remove them. Protein is usually removed by protease method, Sevag method, TCA method, and trifluorotrichloroethane method. Fat can be removed with organic solvents such as ethanol, ether, and petroleum ether. Adsorption and oxidation are common methods to remove pigment impurities.

Polysaccharides have a wide variety of components, complex structures and large molecular weights, so they are usually analyzed from the following four aspects.

In order to determine the sugar content in the sample, a developer-sulfuric acid method is often used. Monosaccharides, polysaccharides, and their derivatives are hydrolyzed to monosaccharides under the action of sulfuric acid and quickly dehydrated to form aldehyde derivatives, which are condensed with phenols, aromatic amines into colored compounds. The content of polysaccharides is indirectly determined by colorimetric quantification. These methods are simple, fast and sensitive, and have good color stability of colored compounds.

Polysaccharides have more complex macromolecular structures than proteins. The variety of monosaccharides, connection methods, and the complexity of branch chains make the structure determination difficult. At present, the primary structure is the target for polysaccharide structure determination, analyzing mainly the molecular weight range of polysaccharides, type, proportion, and connection order of monosaccharides, and configuration of glycosidic bonds. Common structural analysis methods are periodate oxidation, Smith degradation, and methylation reaction. Many advanced instruments used in recent years such as ultraviolet have greatly improved the analysis.