What Is Post-Translational Modification of Proteins?

Post-translational modification of proteins refers to a covalent process that a protein undergoes during or after translation, that is, changing the properties of a protein by adding one or several amino acid residues to a modification group or by proteolytically cutting the group, which is an important step in the expression of protein biological functions. Post-translational modification of biological proteins greatly increases the types and functions of protein structures. This process regulates the cell cycle and protein transcription, and affect epigenetics.

The Types of Post-Translational Modification 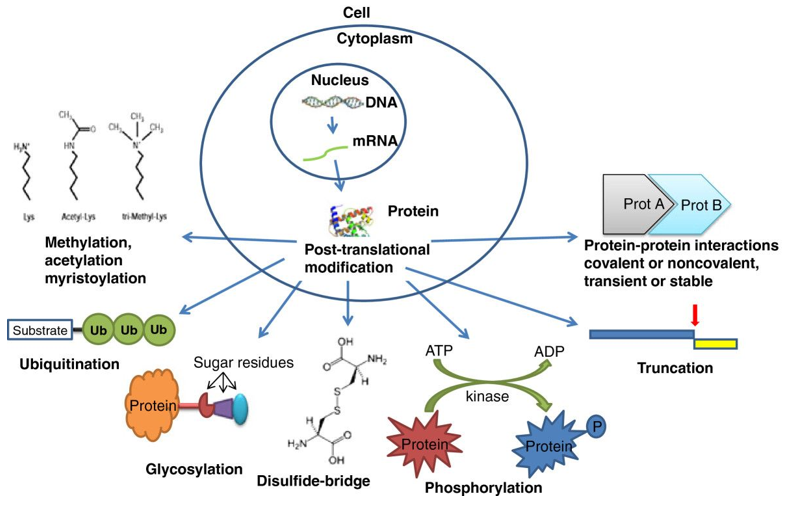 Where Do Post-Translational Modifications Occur?

Bottom-up technology is one of the mass spectrometry techniques used in proteomics research. It requires the use of proteases to digest the protein sequence before identifying the peptide based on the sequence. Since this technique cannot guarantee the integrity and stability of the detected peptides during the detection process, information about the relationship between post-translational modifications of different proteins cannot be obtained, which means that it is unable to detect certain modifications. Therefore, this method is not suitable for analyzing the combined post-translational modified code of histones.

Top-down technology can directly sequence intact proteins, including post-translational modified proteins and other large protein fragments, not just peptides. This allows PTMs-related information to be preserved to the maximum extent to make it suitable for the comprehensive characterization and analysis of the histone code. The effective resolution of the top-down technology for proteins has reached 229kDa. The number of proteins that can be detected at a time is also increasing. At present, Top-down technology is mainly used to analyze single protein, and high-throughput analysis technology has not been widely used. 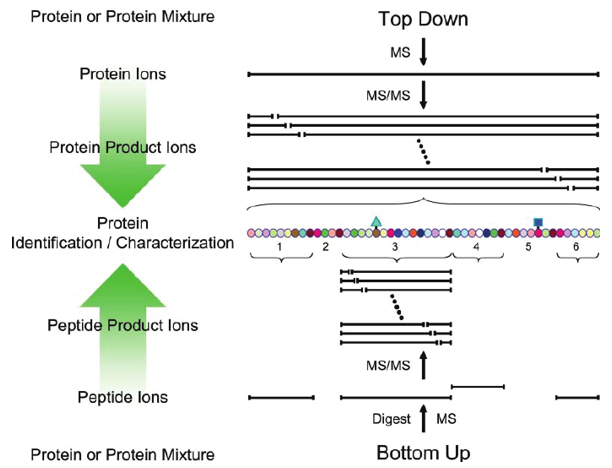