The Basic Principles of Chromatography

The Types of Chromatography 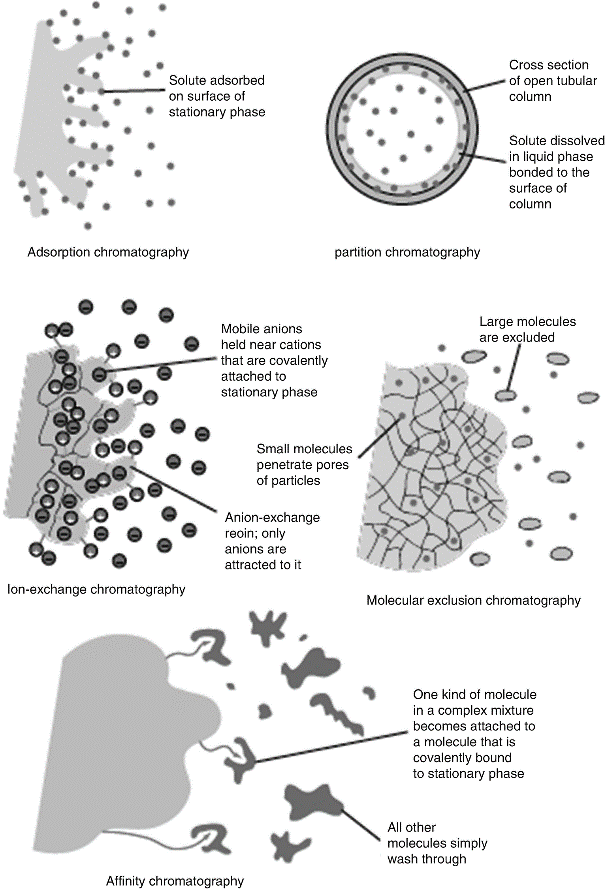 Affinity chromatography is an important branch of chromatographic separation technology. It is a liquid chromatography method that uses the binding characteristics of stationary phases to adsorb target products and achieve separation and purification. For example, specific interactions between enzymes and matrices (or inhibitors), antigens and antibodies, hormones and receptors, exogenous lectins and base pairs of nucleic acids, etc. can be used to form one of the interacting substances with the insoluble support, which can be used as a stationary phase for chromatography. The other party can then be reversibly intercepted from a complex mixture to achieve the purpose of purification. Today, affinity chromatography has been widely used in the separation and purification of biomolecules. It is one of the most important methods for separating and purifying biological macromolecules, such as binding proteins, enzymes, inhibitors, antigens, antibodies, hormones, hormone receptors, glycoprotein, nucleic acid and polysaccharide. 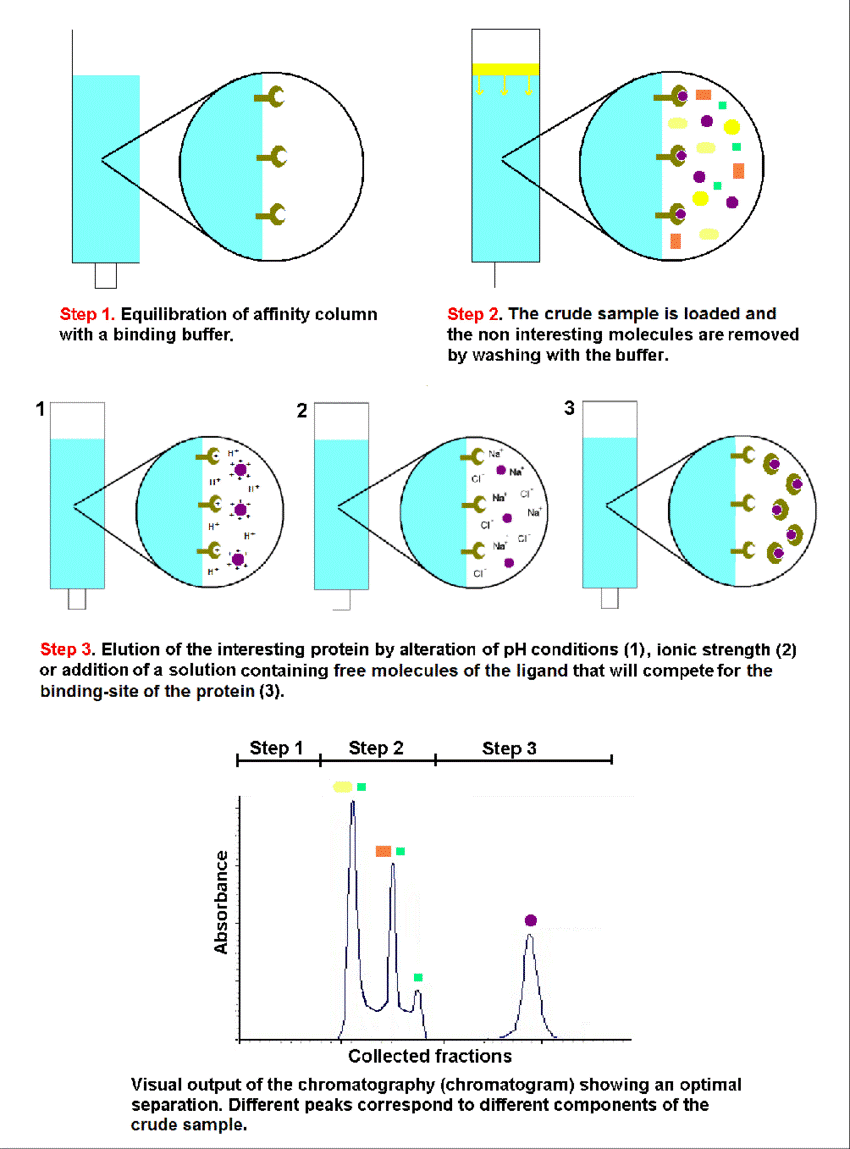 Schematic representation of the equilibration (1), adsorption/washing (2) and desorption (3) steps of an affinity chromatography for protein purification (Luana et al, 2012).

Based on the different solubility of the separated components in the mobile and stationary phases, components are separated. This method uses a specific liquid substance to coat the surface of the support, or chemically bond to the surface of the support to form a stationary phase. Coated fixing (the first method of operation) is now rarely used. Nowadays, chemically bonded stationary phases, such as C18, C8, amino columns, cyano columns and phenyl columns, are mostly used in the industry. Liquid-liquid chromatography can be divided into normal-phase chromatography (NPC) and reverse-phase chromatography (RPC) according to the types of stationary and mobile phases. With the rapid development of column packing, the scope of application of reversed phase chromatography has gradually expanded, and it has now been applied to the analysis of some non-polar samples or easily dissociated samples.

Adsorption chromatography uses a solid adsorbent to separate the components in the mixture. The commonly used adsorbent is silica gel or alumina. This method is based on the size of the fixed relative component adsorption force to separate each component. The whole process depends on the equilibrium of adsorption-desorption. This separation method is suitable for separating isomers with molecular weights of 200-1000, and separating non-ionic compounds. The limitation is that the separation of ionic compounds is prone to tailing.

Creative Proteomics has a chromatographic separation platform, which can provide you with corresponding technical services and accelerate the progress of the project.