Determination of pI and Charge Variation 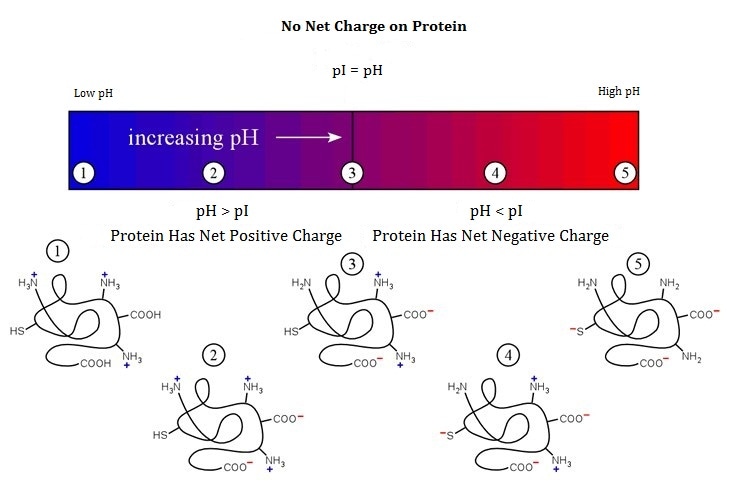 Isoelectric point, or pI, is the pH value at which a particular molecule carries no net electrical charge. Because the specific mutations, truncation or post-translational modifications can change the pI of the natural proteins. The net charge on the molecule is affected both by its own pI, and pH of the surrounding environment, And the proteins can become more positively or negatively charged due to the gain or loss, respectively, of protons (H+). So the determination of pI and charge isoforms of protein therapeutics, can be used to evaluate the biologic products of different lots, because the pI/charge heterogeneity, usually is generated by the macromolecular heterogeneity caused by PTMs like deamidation, sialylation or N-terminal pyroglutamic acid formation.

In Creative Proteomics, capillary isoelectric focusing, cIEF, an updated version of Capillary electrophoresis-based technique is utilize for pI determination, which displays superior resolution and accuracy, reproducibility and high throughput; and Ion exchange chromatography, which can separate the protein molecules depending on their net charge, is used to monitor charge variants of protein therapeutics, to evaluate comparability between different lots.