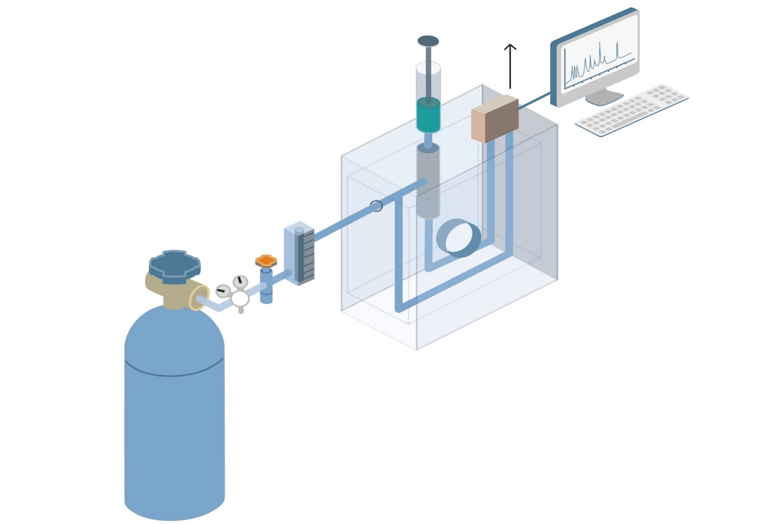 What is gas chromatography ？

The principle of gas chromatography

1) High separation efficiency and analysis speed: for example, gasoline samples can obtain more than 200 chromatographic peaks in 2 hrs. A general sample analysis can be completed in 20 minutes.

3) Gas chromatography has good selectivity and can be used to analyze azeotropic mixtures and samples with close boiling points. For example, some isotopes, cis-trans isomers, adjacent or intertrans isomers, optical isomers, etc.

It can only be used to analyze volatile substances. Some highly polar substances can be derived to increase their volatility for GC analysis, but the process can be complex and may introduce errors in quantitative analysis.

How does gas chromatography work?

First, the sample is introduced into a stream of inert gas, or a carrier, which is usually helium or argon. For a liquid sample, it needs to be evaporated before being injected into the carrier. Sample components move through the packed column at a rate affected by the degree of interaction of each component with the stationary non-volatile phase. Substances that interact more with the stationary phase are delayed and thus separated from substances that interact less. When the components are eluted from the column, they can be quantified and/or collected through the detector for further analysis.