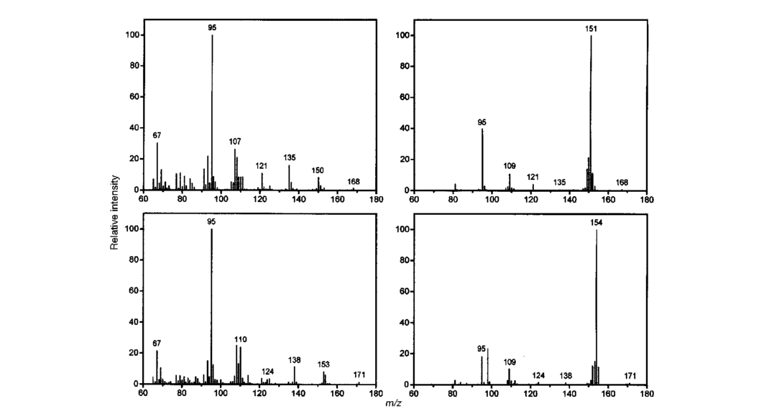 Electron ionization (EI) is an ionization method that is mature and most prevalently used to determine the structure of unknown compounds. Once the mass spectrum of a sample is obtained, how do we interpret the data to results we can recognize?

1) Must be the ion peak of the highest mass.

2) Must be an ion peak with an odd charge.

4) The mass number must conform to the nitrogen rule.

5) Identification and application of isotope peaks.

It is difficult to try to explain the full spectrum of mass spectral fragmentation peaks because some ions produced by ion reactions occur in the ionization sources of mass spectra. Therefore, we only need to correctly identify and explain the strong peaks and some structural features of the spectrum.

(1) Molecular ion peaks are determined by the high mass end of mass spectrometry.

(2) Derive the chemical formula of the compound based on the high-resolution data of molecular ion peaks.

(3) Calculate the degree of unsaturation of a compound from the chemical formula, that is, determine the number of rings and double bonds in the compound.

(7) Verify the results. Methods of verification include:

A. Decompose the obtained structural formula according to the fragmentation rule of mass spectrometry, and check whether the spectrum of the obtained ion and the given unknown are consistent;

B. Check whether the standard mass spectrum of the compound is the same as the unknown spectrum;