Can the TCA Cycle Be Reversed? 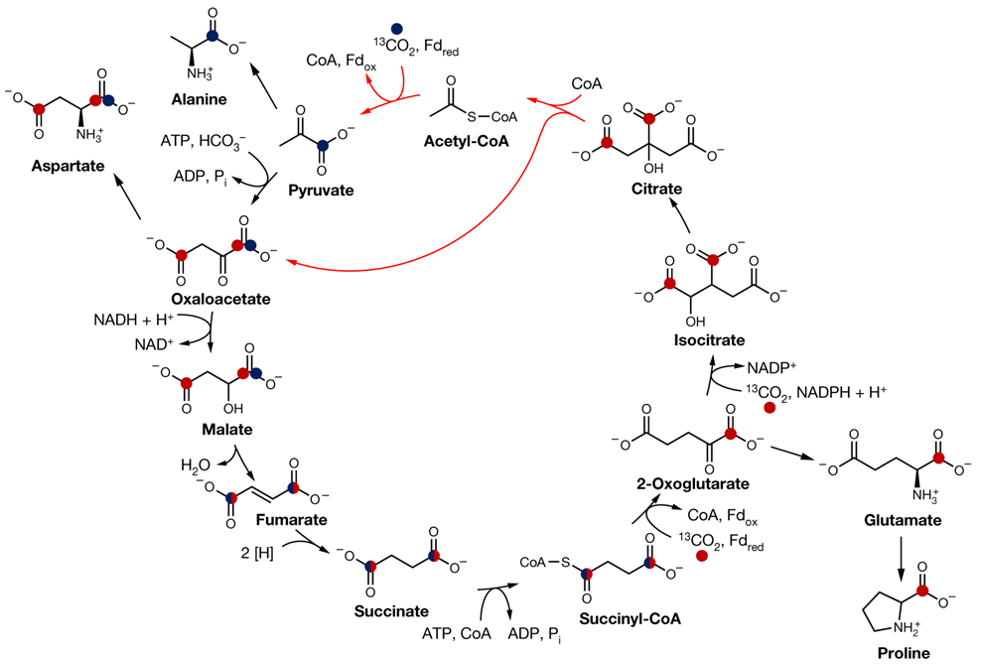 The research team of Ivan A. Berg from the University of Münster in Germany and the team of Wolfgang Eisenreich from the Technical University of Munich have collaborated to publish a study in Nature entitled High CO2 levels drive the TCA cycle backwards towards autotrophy. In this paper, the authors discovered a very curious cyclic process in bacteria - the REVERSE TCA cycle - that allows bacteria to thrive in an environment flooded with CO2 gas, providing new clues to the origin of the species.

Steffens and his colleagues studied the bacterium Hippea maritima. these microbes dislike oxygen, prefer high temperatures near 60°C, and derive energy from the reaction of hydrogen (H2) with sulfur to produce hydrogen sulfide (H2S). Like all life forms, they require a source of carbon to grow. And the resources available to them also depend on what is in the environment. If there is abundant protein around, H. maritima will use it as material to incorporate into the metabolic processes required for its growth.

This change in direction reverses the TCA cycle, converting CO2 into sugars, lipids and amino acids. Also in the same issue of Nature is a review Life in a carbon dioxide world by Martina Preiner and William F. Martin of the University of Düsseldorf, Germany, who suggest that in addition to CO2, hydrogen (H2) is also involved in the reverse TCA cycle in some bacteria, combining CO2 and H2 to form molecules such as amino acids, sugars and lipids.

This research provides new insights into microbial ecology, showing how life could have originated under conditions thought to be similar to those encountered by the first microbes on Earth: the organisms that gave rise to life were able to feed on CO2 to survive.