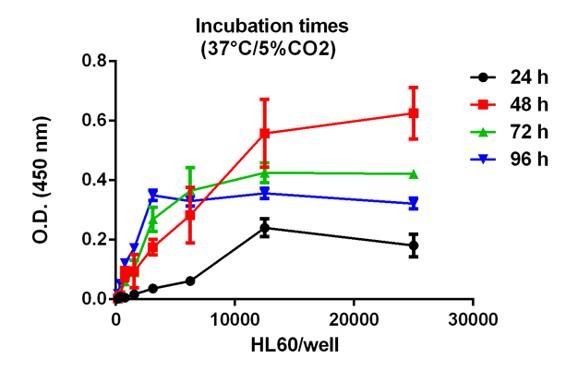 MTS assay is a colorimetric method for sensitive quantification of viable cells in cell proliferation assay. The NAD(P)H-dependent dehydrogenase enzymes in metabolically active cells could cause the reduction of MTS tetrazolium compound and generate the colored formazan product that is soluble in cell culture media. Since viable cells can convert the MTS tetrazolium compound to the soluble and colored formazan product, there will yield a significant increase in color intensity, which could be easily quantified by measuring the absorbance at 490-500 nm. The MTS assay is a convenient and high throughput assay which is performed by adding the regent into the cell culture media without the intermittent steps and requires no washing or solubilization step. This assay is also simple, cost-effective and with many other advantages.