Polychlorinated biphenyls (PCBs) are a group of man-made organic chlorine compounds containing hydrogen, carbon and chlorine atoms, known as chlorinated hydrocarbons. Their chemical and physical properties are determined by the number of chlorine atoms and the location in a PCB molecule. 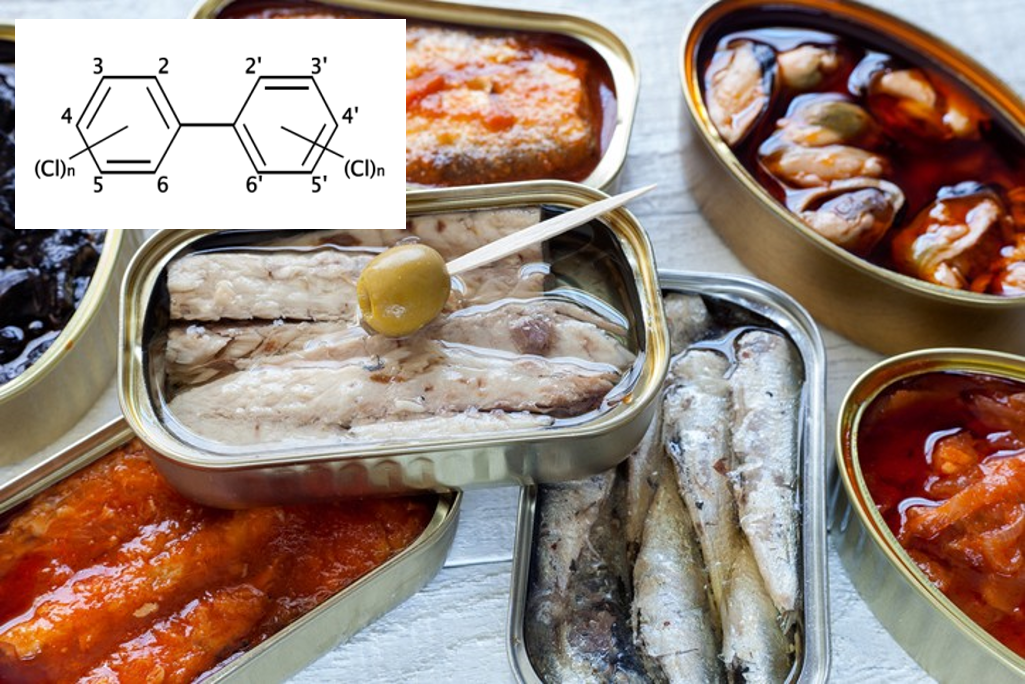 PCBs have good chemical stability, electrical insulating properties and high boiling point. They have wide commercial applications in industries. They can be used as plasticizers in rubber and plastic products. PCBs are very resistant and stable to extreme pressure and temperature. They are usually found as mixtures.

They can be released into the environment through improper storage and disposal, leaks from electrical equipment and spills. Half of the PCBs produced have been estimated to be released into the environment and they can be transported and detected in soil, water and air throughout the world. PCBs get into the food from the environment. Fish, fresh produce and dairy products can be contaminated by the PCBs present in the air, water and soil. Animals and fish can consume the contaminated water and plants, resulting in the bioaccumulation in the foods.

Even though the health impacts of PCBs on human beings depend on the amount of PCBs, the period to expose to PCBs and whether other chemicals are combined with PCBs, PCBs have a range of toxicity and considered as an organic pollute. They have been regulated by standard and regulatory agencies. PCBs can be harmful to the skin and also affect the activity of the liver. Other research also show that PCBs can be harmful to immune and reproductive systems.

U.S. FDA specified the limits for PCBs residues in a variety types of foods to protect the health of general public. The standard was set as 0.2 parts of PCBs/ million parts (ppm) for infant foods, 0.3 ppm for eggs, 1.5 ppm for dairy products, 2 ppm for fish and shellfish, and 3 ppm for red meat and poultry. The standard of EPA for PCBs in drinking water was set as 0.5 ppb.

We offer accurate and validated analytical methods that have been widely applied in the determination of PCBs in food samples to meet customers' needs. PCBs can be analyzed as total aroclor or individual congener.

GC-MS is more often used for the quantification of planar PCB congeners.