Halogenated nucleotides such as the pyrimidine analog bromodeoxyuridine (BrdU) can be used to label nascent DNA in viable cells. During the process of DNA replication, BrdU can replace thymidine and incorporate into the synthesized DNA of actively dividing cells. Since this BrdU reagent does not cross react with endogenous DNA, cell proliferation thus can be reflected in the extent of BrdU incorporation by determining the intensity of absorbance of the final reaction. The BrdU cell proliferation assay is a versatile and convenient method to quantify cell proliferation. 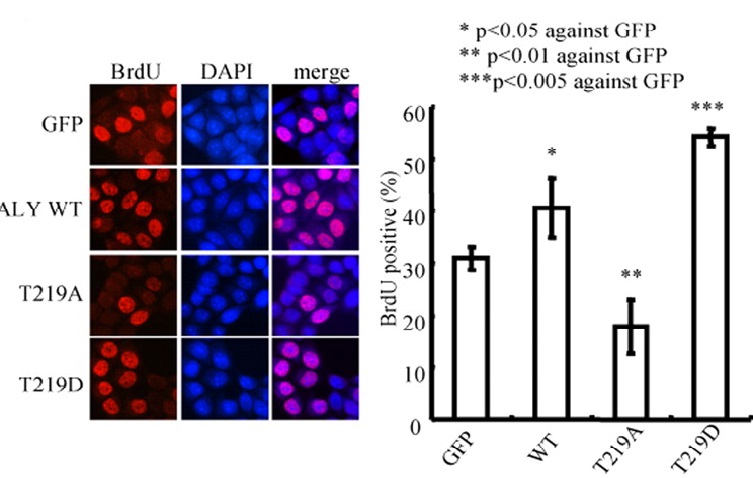