For most protein drugs, the chemical structure of protein molecules determines its activity. The structural factors affecting activity are mainly amino acids and their ordering, terminal groups, peptide chains and disulfide bond positions. Amino-terminal processing is an important post-translational modification which affects almost all proteins. Terminal variants, such as C-terminal lysine variants, N-terminal pyroglutamate and N-terminal truncation, affect the chemical properties, protein activation, conversion and degradation, which subsequently result in diversified biological functions. Therefore, it is very important to identify and analyze these modifications of proteins.

At Creative Proteomics, we have plentiful experience in the analysis of terminal variants. With our professional platform, we can provide kinds of information about terminal variants, which can combine with our expertise in the field of protein structure-function to help you find the solution to problems along the product development. 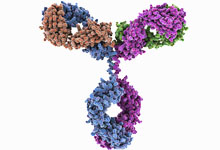 The C-terminal lysine variant is a very familiar phenomenon observed in biopharmaceutical monoclonal antibodies (such as recombinant proteins and monoclonal antibodies). The degree of heterogeneity of C-terminal lysine variants demonstrates the manufacturing and product consistency, so it is very important to carry out methods to monitor this difference. 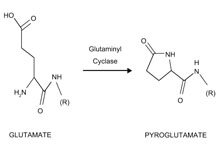 In the production of monoclonal antibodies, the first amino acid at the N-terminus of the light-chain of a monoclonal antibody is often glutamic acid (and most times at the heavy chain), so this cyclization reaction usually appeared in monoclonal antibodies. Although it has been proven that cyclization of Gln has no effect on antibody potency, a consistent level of PyroGlu can be taken as a good indicator of a consistent robust production process. Generally, we can use LC-MS, combining with other technologies for analysis of N-terminal pyroglutamate. 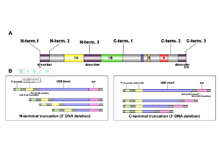 In the production and storage of protein drugs (due to their own instability, such as deamination, oxidation and hydrolysis), N-terminal truncation of proteins often affects its activity and stability. Considering the high cost of sequencing all proteins, sequencing of both ends can often satisfy your demands. So, we can also provide protein mass spectrometry sequencing of the N-terminus of the protein to determine if it occurred N-terminal truncation.

Creative Proteomics is a professional biotech company specializing in protein therapeutics assessment. We can also provide a series of services to determinate terminal variants and enable the quality control of production. If you have any questions or specific requirements, please feel free to contact us.