Protein drugs are the most active and fastest-growing part of the current pharmaceutical research and development field. Recombinant protein therapeutics is different from small molecule drugs due to its structural specificity and protein molecule instability, so more strict control is needed in bio-synthesis, purification and storage steps. The instability of the protein is mainly concentrated at its C- and N-terminal, and the analysis of the variations at the C-terminus and N-terminus is particularly important.

What Is C-terminal Lysine Variant? 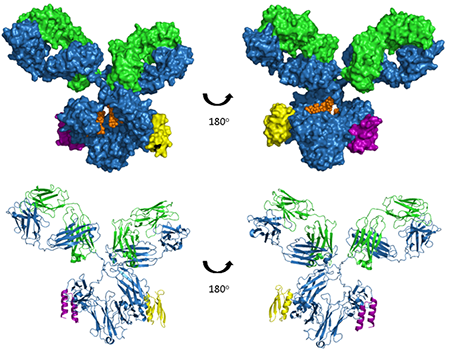 At Creative Proteomics, we have developed a professional platform for analysis of C-terminal lysine variants that contains various techniques, including but not limited to:

Creative Proteomics has spent decades of efforts to develop and explore protein analysis methods in protein structure as well as its kinds of variants. As a global company, we place a high value on effectiveness and innovation to deliver comprehensive solutions with the highest levels of quality. If you have any questions or specific needs, please don’t hesitate to contact us.